Making a difference since our start

Our involvement in outreach programs such as Habitat for Humanity reaffirm our commitment to the communities we serve. Learn more about our latest partnerships, projects, and involvements below.

One of the most gratifying aspects of new home construction over the last 16 years has been the synergistic partnership between McSwain Carpets and the Cincinnati Habitat For Humanity organization.

Homes For Our Troops 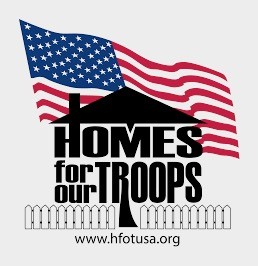 Homes for Our Troops

McSwain is honored to have teamed up with Armstrong, The Bold Company Custom Home Builder and Homes for Our Troops to provide a fully accessible home to a local wounded veteran.

Army Specialist Brett Bondurant was critically injured in Afghanistan on September 28, 2011, after stepping on a pressure activated IED causing him to lose both legs; requiring nearly two dozen surgeries and more than a year in the medical center.

SPC Bondurant grew up in Lawrenceburg, Indiana and married his High School sweetheart, London. He enjoys sports, fishing, motorcycles, wheelchair basketball, and spending time with family. Brett and London have a daughter, Jaycee, and were expecting their second child in December 2015. Since moving into his HFOT home, Brett has started playing sled hockey. He recently completed a national clinic in Buffalo and was coached by fellow HFOT Home Recipient Joshua Sweeney.

Hamilton County’s hotline to report suspected cases of child abuse and neglect. If you suspect that a child under the age of 18 (or age of 21, if the child is developmentally disabled or physically impaired) has been abused or neglected, call as soon as you become aware of a problem. It is the responsibility of Children’s Services to determine if abuse or neglect is in fact occurring. If you believe a situation is an emergency, call 911 first. Law enforcement will involve 241- KIDS/Children’s Services.

A Child’s Hope International won second place in the 2017 Cincinnati Gives Challenge – a competition between 100+ registered charities. All of the funds will be used to provide high protein food, clean drinking water and life giving hope for the orphans of South Sudan.

Mission: To motivate and mobilize the church and the community to serve the orphans and vulnerable children of the world through adoption, foster care, orphan care, and humanitarian relief.

Much of the financial assistance McSwain Carpets provides to our community is distributed through our Cornerstone Foundation. 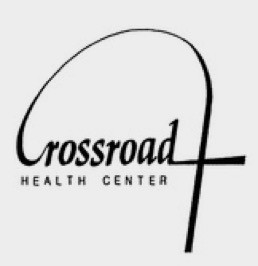 Much of the financial assistance McSwain Carpets provides to our community is distributed through our Cornerstone Foundation.

Shop for your new flooring from the comfort of your very own home!

Get help choosing styles and colors for your next flooring project.

Get a detailed estimate on the cost of your next flooring project.

Our site uses cookies to improve your experience. By using our site, you acknowledge and accept our use of cookies.

This website uses cookies so that we can provide you with the best user experience possible. Cookie information is stored in your browser and performs functions such as recognising you when you return to our website and helping our team to understand which sections of the website you find most interesting and useful.

Strictly Necessary Cookie should be enabled at all times so that we can save your preferences for cookie settings.

If you disable this cookie, we will not be able to save your preferences. This means that every time you visit this website you will need to enable or disable cookies again.